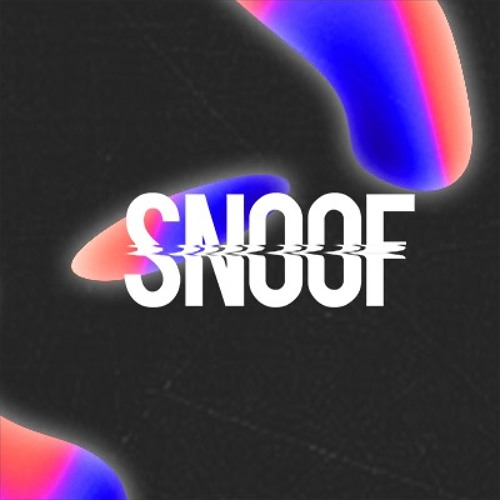 Q: For anyone who may not know, could you tell us who you are and what drives you to create music as SNOOF?

In High School I was bullied for following my passion. Anywhere I was, there was someone ready to shut me down. Social media was toxic…my classmates would break me down for promoting my music or events. As hard as it was dealing with this, I did NOT let it break me down. If anything, it made me work 1000x harder. That summer I downloaded Ableton. I learned the ins and outs and began to clutch tracks left and right. I saw the reaction of those who doubted me. They were blown away. Now the fans, friends, and family are those who drive me to create more music and to show this industry my talent.

Q: Were there any specific inspirations for the creative process behind “Warning”? Did you approach Mikey with a beat or did he hit you up with some vocals?

A: Honestly, I had the beat sitting on my laptop for a while! I knew I eventually wanted to do something with it, I was just waiting for the right time.

I was scrolling down my Facebook feed and came across Mikey Ceaser having his track played by NGHTMRE at Lollapalooza in Chicago. Right away I went out on Messenger to see if any of my friends knew Mikey! Fortunately, Kevin Tartaglio knew his manager. Before I knew it, a Dropbox link was sent to me. Couple months later I finish my EP and knew this was going to be the single.

Q: How did you first hear about Rorschach? What struck you about the label?

A: I first heard about Rorschach when they dropped “We Brought the Party” with Jsquared and Malcolm Flex. I decided to send a track to their demo email and a couple days later I was introduced to Kevin and Greg. They were impressed by what I sent them, and we snowballed from there.

It’s great that they focused more on Beatport charting, and Spotify streams. As much as many young producers want to see crazy Soundcloud plays, a charting song is much more rewarding.

Q: What are your thoughts on the business model Rorschach has implemented?

A: Rorschach is doing what NO other label would do. I learned A TON from Greg and Kevin. They make sure you understand everything 100% and take the time to speak with you about any questions you may have. They’re willing to work their ASS off to push your track as hard as they can.

Q: As an artist, what does it mean to you to keep complete control of your own masters?

A: This is VERY important. Especially as a new artist. Knowing that if a company wanted to use my song in a commercial, or anything in that nature, the decision is up to me. I have seen many of my producing friends have their track owned by a label and taken complete advantage of. It’s not a pretty thing.